Nan, Neil and some Lice

I’ve worked in radio for about 14 years now, more than 10 of which have been spent co-hosting morning shows. It’s a weird little way to make a living; talking to strangers in their homes and cars, in the dark and early hours of the day. I currently work on three stations and have a different co-host on each show.  There’s Jamie, Jay and Joel, (whom I affectionately call “J-hole”). It’s in my contract that I only work with dudes whose names sound the same – it keeps me out of trouble.  I won’t tell them about my Mom’s theory that my father’s criminal law practice was primarily made up of gentlemen whose names began with the letter J. She had no scientific proof to back this up, but enough J’s reoffended that my sisters and I all got braces. It’s ok boys, you’re the exception to the rule.

There are countless reasons I love small town radio, specifically, the morning show. I love my co-hosts. They’re the brothers I never had. They make me belly laugh at least once a day before 9 am. We’ve been together long enough that I don’t try to impress them anymore with things like showering or deodorant application. We’ve been through a lot together. Break ups, divorce, deaths, cancer, car accidents, acne break outs and bad haircuts. We sort it all out during a 6 minute news break, pull ourselves together, paint a smile on our faces and go back on air, knowing we’ve got each other’s backs. Every day is one of those couples retreat trust exercises. I’m grateful for the gig, but mostly for the people.

Then there are the ears on the other end of the radio. I LOVE the ears. Our listeners. It’s a strange experience to sit in darkness, talking down the barrel of a microphone, wondering if there’s anybody actually out there. Mornings are personal. They’re routine driven and usually involve washroom ablutions of some variety or another. We’re there for all of that, chatting away while teeth are being brushed, cereal is consumed and kid’s lunches are packed. It’s an oddly intimate relationship we have with our listeners. They get to know us before we get to know them. Sometimes we get to meet people in person, but it’s a funny, slightly imbalanced relationship. We share a lot about our own lives and so people feel like they know us. And they do, in many ways. Because they’ve invited us into their homes every morning for a decade, they consider us friends…ish.

A couple of weeks ago we received an email during the morning show from a listener, whom we’ve never met, but who obviously feels close enough to ask us for a favour.  The email went like this; “I know my husband Neil is in the barn right now and I know he listens to your show. Can you tell him I’m not going shopping this morning? Thanks. Nan”

That’s right, Nan contacted her morning show to act as a courier pigeon to her husband! Maybe it was too cold and she didn’t want to walk out to the barn in the snow to tell Neil she didn’t feel like shopping. Or maybe they were in a domestic and Neil had been sleeping in the barn for days. Either way, I was thrilled to be in the middle of it! How great is that logic!? “I’ll contact my local radio station to talk to my husband for me, since we gave up cell phones for lent”. I can’t tell you how happy this email made me. Seriously. It made my week. And yes, of course we passed along the message to Neil.

The following morning, still riding the high of having hand delivered a voice message to the barn, I was mercilessly humbled by a different listener who sent us a furious email about a bit we had done a few days earlier. The ‘bit’, (which is a fancy media term for ‘crap we were yammering about’), involved an article we had found from a concerned group of citizens who wanted to warn people that they should avoid taking family selfies over the holidays because smushing your heads together with loved ones could potentially lead to a full blown family outbreak of…lice. Their group was called “the Lice Squad”. Now, lice, if you’ve ever had them, are no laughing matter. They’re awful and they’re impossibly difficult to get rid of. However…my lot in life is to find humour in everything. If I can find it in cancer, I sure as hell can find it in head lice! We passed along the selfie warning, but…we may have also created a new theme song for the Lice Squad. And we may have postulated that this was a great excuse to get out of having to pose for a picture with your weird Uncle Bernie who has those long, creepy, water-seeking eyebrow hairs which, as we all know, are just a facial breeding ground for itchy little lice sacs.

The irate listener berated us for being insensitive to the plight of nit-pickers everywhere. “How could we poke fun at such a serious issue? We should be ashamed for spreading misinformation about Pediculus Humanus Capitis”. (I had to google that…it means “lice”).  The email was quite long and detailed and at first, I thought she was joking. But no, we had sincerely offended her.  We sent the obligatory “our apologies for any offence. It was not our intention to hurt your feelings, the feelings of weird Uncle Bernie, or the feelings of lice as a whole. Thank you for contacting us and for being an engaged listener”. That’s my favourite go-to line, “thank you for being an engaged listener”. Thank God you can’t see eye rolls in email.

And then I burst out laughing. I loved this uptight, humourless, but lice free lady as much as I loved Nan and Neil from the barn! How hilarious that we got an email about lice and that we actually had to respond?! Come on! In the context of the world at large, that is bloody hilarious! Some people are spending their morning saving lives in operating rooms, or designing spaceships to send human beings to Mars, or researching ways to mitigate natural disasters due to climate change. And then there’s my morning; I talked about a Kardashian or two, told Neil to come in from the barn and apologized for a lice joke. That, my friends, is hilarious.

The world is a pretty serious place right now. There is a lot to be offended by. A lot. But the pendulum of sensitivity has swung a bit too far recently. The act of being offended, regardless of the issue, is en vogue. I hope we can save our offence for that which is truly offensive. And for the rest…let’s find the funny. Even in the nit-picking. It’s there. It’s always there. Sometimes you just have to dig a bit. 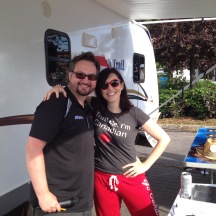 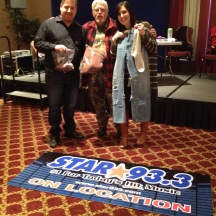 4 thoughts on “Nan, Neil and some Lice”