One F short of a BFF

Remember how easy it was to make friends when you were a little kid? You had a built-in pool from which to form connections. At school you’d see the same kids every day, year after year, so you’d inevitably become friends with a few of them, if only due to your shared circumstances. Then there were all the extra-curricular activities of which we were a part. Maybe you were a Girl Guide, or you played sports or you had a family cottage and you had one of those exotic “city friends” that you only ever saw at “The Lake”. The point is making friends was easy. Kids are thrown together, with the assumption that you’ll figure out how to get along, because you had something in common; childhood. Somehow that same strategy doesn’t translate to adulthood.

I’m a people hoarder. Where some folks collect scrapbooks and ticket stubs, I collect people. My collection runs the gamut from kindergarten on up. It’s eclectic. I’ve collected people from every job I’ve ever had, from travels I’ve taken, from waiting rooms and airplanes and diners, hell I’ve even hoarded some cab drivers. I’m not sure that everyone wants to be in my curation, (I’ve never been brave enough to take a poll), but in my mind, we’re all still solidly connected under the banner of friendship.

A few years ago I moved, with my then partner, to the suburbs outside of Toronto. I found myself surrounded by houses and people, but lonelier than I’d ever been. The suburbs are a weird place, particularly if you’re childless. I was working from home most of the time and as an extrovert, that can be quite tedious. Our houses were jammed together so tightly that from our backyard I could see into at least 8 other houses. (More if I stretched, which I may have done whenever my gorgeous Trinidadian neighbour was cutting his backyard plot without a shirt on). The irony of living in such close proximity is that no one actually talks to each other. There is so little personal space that people become possessive of their privacy. I found myself lonely and desperate to make a friend. I felt like I was in a real life version of that children’s book “Are You My Mother”, but swap out ‘Mother’ for ‘Friend’. I was the little lost hatchling asking everyone if they knew where I belonged. I’d be checking out of the grocery store and would find myself asking the cashier how many children she had. I stopped paying at the pump because paying inside meant human interaction. And God bless the poor Jehovah Witness that came to the house to guarantee my spot in heaven, they ended up leaving with the other half of my ‘best friends forever’ necklace.

I realized, without a common place to gather, without children, without an excuse to regularly run into familiar faces, I had no idea how to make a friend as a grown up.

Then I saw her. She was beautiful. Tall with blonde hair, she drove a station wagon and I could tell she was smart just from the way she carried herself. I spotted her from my second floor window. She lived across the street and one house down on the left. She was taking out her recycling. I gasped, “Shut up! I take out my recycling too! We have so much in common!” Now, the only question remained, how would I meet her?

I tried taking up running so I could run past the park where moms and their kids hung out after school. It’s hard to be childless and hang out at a playground. I tried it, people think you’re weird. So I thought, what if I just happened to be jogging by? A coincidental ‘run in’! But after a week of running, I remembered that…I hate it.

I tried gardening, thinking that I could be outside tilling and hoeing for long enough that I’d be sure to get an opportunity to wave and say “hey! How are ya? What’s your sign?” But then I remembered that our yard was the size of a postage stamp and a girl can only hoe for so long. That, and I hate gardening.

I decided I needed to capitalize on the one thing I already knew about her – in the breakdown of family chores, she was in charge of the blue bin. That was it. My plan was in place. I would wait for garbage day. Project Make A Friend was underway.
On G-Day, I woke up a little earlier than usual, put on a touch of concealer and some lip gloss; subtle yet cheerful, careful not to look like I was trying too hard. I separated the cardboard and the plastics and I waited. But you know what they say, a watched garage never opens. I was losing my nerve. A little after 8 a.m., I saw movement. It was happening, it was really happening! I grabbed bin #1 and made my way to the end of my driveway. Play it cool Murphy, easy does it.
“Hey there! Good morning! How are ya?” I said, cool as a cucumber.

“Good. How are you?” asked the blonde.

“I’m good. It’s supposed to be pretty warm today, so that’ll be nice.” Good one Murphy.

“Yeah I heard that on the radio this morning.” She responded.

“You listen to the radio? That’s so cool! I actually work in radio. Weird! What are the chances?” My inner voice was telling me to shut up, abort mission, get to the lifeboats, women and children first!

“Cool. Well I’d better get my son loaded in the car for school.” She said.

“Cool. Yeah. I loved school. Your son is cute. I don’t have kids. But I have nieces. I’m really close with them. They’re like surrogate children but they go home at the end of the day and they didn’t give me stretchmarks. So that’s a positive! Ha! Anyway, I’ll let you go. Have a great day!” I said, unravelling at the seams. I’d taken the cool cucumber and mashed it to a pulp.

“Thanks, I will. Oh, um, I didn’t get your name?” Smooth and redemptive Murphy.

“Hi Michelle, I’m Megan. So nice to meet you.” I said warmly, casually, in a reassuring tone so she would know that despite the scent of desperation, I was not, in fact, a serial killer.

I walked back to the garage, smiling ear to ear. Houston, we have contact.

Our entirely ‘coincidental’ recycling meetups continued for a few weeks, at which point I decided that I should muster my courage and walk all the way across the street and engage in an actual, end of driveway, small talk conversation. It lasted about a half hour. Thirty minutes of giggly banter. We’d moved past the pleasantries and were now comparing family upbringings and sharing sibling names. It was definitely a first date. We liked each other. There was a spark. I could tell.

After a month or so of friend-wooing, I decided it was time to take things to the next level. I invited her over. Not for coffee, not for dinner, but for something way more embarrassing. I invited her over to watch The Bachelor with me. I told her to wear pyjama pants because frankly, there is no other way to watch that show. She agreed, asked her husband to put the kids to bed, and said she’d be there at 8.

I cleaned the house, showered, and put on my best flannel PJ pants. I went overboard on snacks. We were new to each other so I didn’t know her preferences yet. I bought red and white wine, popcorn, two types of chips, along with some veggies and dip, so she wouldn’t judge my junk food habits. I stopped just short of anything that said “phyllo stuffed”. I lit a vanilla lace candle and had Perrier at the ready, because it’s fancier than regular water, but not as pretentious as San Pellegrino. I was ready.

She arrived at the door, wearing the prerequisite sleeper pants and a comfortable but clean hoodie. She had brought licorice. I love licorice. How could she have known? This was clearly meant to be.

We settled in on the couch and proceeded to drink wine, eat junk, dissect the doomed television relationships, tell stories and giggle our faces off. It was a perfect second date. We hugged at the door and I said “get home safe”. She laughed as she ran across the road. She yelled from a few lawns away, “The commute wasn’t too bad”. We giggled and waved, I closed the door and did a little happy dance while singing “I think I made a new friend! I think I made a new friend!”

Like any good date, you don’t call the next day. You have to wait. Play it cool. I’d wait until garbage day to make my next move. You know, we’d just casually meet again, at our spot. But then I saw her unloading groceries and I got too excited and I found an excuse to go outside. I said “Hey! D’ya need some help over there?”

“That would be awesome!” She replied.

“I had a really good time the other night” I said, blushing a little bit.

“Me too” she said. “I got home and told my husband that I think I made a friend.” The she paused and sheepishly admitted, “I asked him if I could call you and he told me not to because I was coming on too strong”.

From that moment on, we were like the contestants on The Bachelor, we really ‘put ourselves out there’, we were ‘there for the right reasons’, and we ‘found what we’d been looking for’; an actual real life friend.

Even though the relationship for which I’d moved to the suburbs in the first place didn’t work out, my relationship with Michelle did. Whether she likes it or not, she is now firmly entrenched in my collection. I’m so grateful for all the “Michelle’s” in my life.

Making friends as a grown up is hard. It really is like dating and how many of us can honestly say we were any good at that? You assume that when you get to a certain age you’ll be beyond all that awkwardness, but no, awkwardness is our birthright as human beings. It’s part of our charm. I can picture it now; I’ll be 95 in a retirement residence trying to figure out how to become bridge partners with the adorable blue rinse across the hall and one room down on the left. 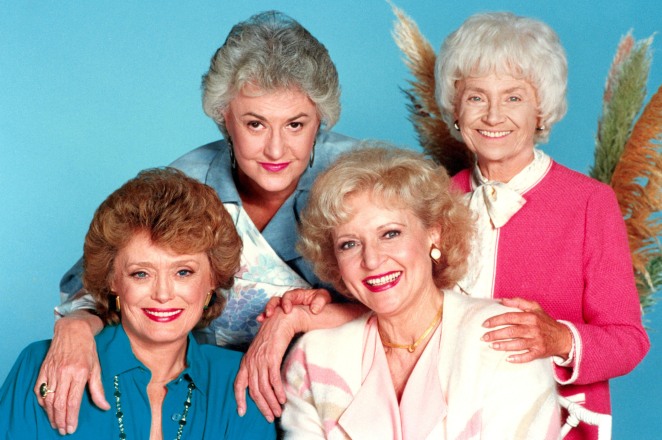 Women friends are the best thing in the world. I’m completely and totally in love with my female friends. They’re my barometers of goodness, my lifelines, my mirrors of authenticity, my mentors, my soul sisters, my belly-laughers, my saviours and my tribe. Women, together, are a force. We need each other. I encourage women to fall madly in love with each other. To be infatuated with how great female friendship can be. My dearest friend and I are always asking each other “Do you not think we are awesome?” The only appropriate response is, “Yes I do think we are awesome”.

To all the girls I’ve platonically loved before, and to the women I have yet to fall head over heels in friend-love with, I adore you. I can’t wait to meet you someday, while casually separating my cardboard and plastics. 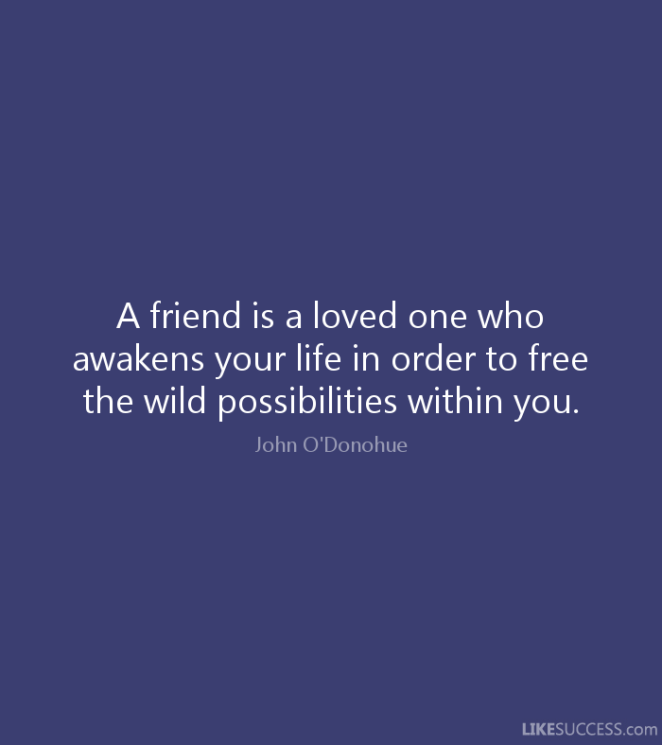